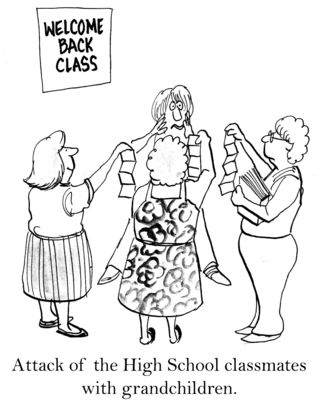 You Know Life is Hectic When...

Thanks to Philip Humbert and his newsletter subscriber, Moreah, for the following.  If you're already retired, go ahead and gloat!  If you're still in harness, your time for gloating will come...

You know life is hectic when…

2. You haven't played solitaire with real cards in years.

4. You e-mail the person who works at the desk next to you.

5. You lose touch with friends and family because they changed their e-mail addresses.

6. After a long day at work you go home but still answer the phone in a business manner.

7. When you make phone calls from home, you automatically dial "9" to get an outside line.

8. You've sat at the same desk for four years and worked for three different companies.

10. You learn about your redundancy on the 11 o'clock news.

11. Your boss doesn't have the ability to do your job.

12. You pull up in your own driveway and use your cell phone to see if anyone is home.

13. Leaving the house without your cell phone, which you didn't have the first 20 or 30 (or 60) years of your life, is now a cause for panic and you turn around to go get it.

14. You get up in the morning and go online before getting your coffee.

15. You start tilting your head sideways to smile. :)

16. You're reading this and nodding and laughing.

17. Even worse, you know who you are going to forward this to next.

19. You actually scrolled back up to see if there was a #9 on this list, AND NOW U R LAUGHING at yourself. 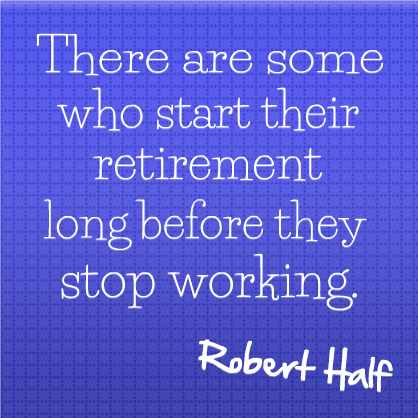 Thanks to Philip Humbert, his friend, Paul Vogt, and readers of the Washington Post for the following funnies:

1. Cashtration (n.): The act of buying a house, which renders the subject financially impotent for an indefinite period.

2. Intaxication: Euphoria at getting a tax refund, which lasts until you realize it was your money to start with.

3. Reintarnation: Coming back to life as a hillbilly.

4. Foreploy: Any misrepresentation about yourself for the purpose of getting laid.

6. Sarchasm: The gulf between the author of sarcastic wit and the person who doesn't get it.

7. Inoculatte: To take coffee intravenously when you are running late.

8. Uno: What you insert, you know, while, you know, you are deciding what you will say next, you know.

12. Decafalon (n.): The grueling event of getting through the day consuming only things that are good for you.

14. Dopeler effect: The tendency of stupid ideas to seem smarter when they come at you rapidly.

15. Beelzebug (n.): Satan in the form of a mosquito, that gets into your bedroom at three in the morning and cannot be cast out.

Posted at 11:04 AM in Anything and Everything, Humour | Permalink | Comments (0)

I try never to use a webcam if I can possibly help it.  This couple, however, thought they'd give it a shot - and they were successful too!  They just didn't know it.  Their granddaughter found the clip on their computer later and posted it to YouTube. It should make you smile...

How to dance when you're high on life...

This made me start my day off with a laugh this morning.  (It gets going at around the 22 second mark.)

Posted at 08:15 AM in Anything and Everything, Humour | Permalink | Comments (0)

Tags: how to dance when you're high on life

A timely reminder about the etiquette of barbecue season

Thanks to Paul Vogt, via Philip Humbert's newsletter, for the following:

After the long months of cold and winter weather, we will soon be coming up to summer and BBQ season. Therefore it is important to refresh your memory on the etiquette of this sublime outdoor cooking as it's the only type of cooking a real man will do, probably because there is an element of danger involved.

When a man volunteers to do the BBQ the following chain of events are put into motion:

1) The woman buys the food.
2) The woman makes the salad, prepares the vegetables, and makes dessert.
3) The woman prepares the meat for cooking, places it on a tray along with the necessary cooking utensils and sauces, and takes it to the man who is lounging beside the grill - beer in hand.

4) THE MAN PLACES THE MEAT ON THE GRILL.

5) The woman goes inside to organize the plates and cutlery.
6) The woman comes out to tell the man that the meat is burning. He thanks her and asks if she will bring another beer while he deals with this dangerous situation.

7) THE MAN TAKES THE MEAT OFF THE GRILL AND HANDS IT TO THE  WOMAN.

8) The woman prepares the plates, salad, bread, utensils, napkins, sauces and brings them to the table.
9) After eating, the woman clears the table and does the dishes.

And most important of all:

10) Everyone PRAISES the MAN and THANKS HIM for his cooking efforts.

11) The man asks the woman how she enjoyed her night off. And, upon seeing her annoyed reaction, concludes that there's just no pleasing some women.

Posted at 09:41 AM in Anything and Everything, Humour | Permalink | Comments (0)

How cute is this?  Keep watching to the end.